In 2017, the amount of time Chinese internet users spent watching short videos tripled from the year before. 600 million people actively use short video apps — almost 80% of all mobile internet users in China, according to the 2018 China Internet Report.

They became so popular that Douyin, known as Tik Tok overseas, had to add an anti-addiction feature — alerting users if they spend over 90 minutes straight in the app, locking them out completely if they stay for over two hours.

The two most popular are Douyin and Kuaishou. They work similarly to the popular Musical.ly — users can edit short video clips with dazzling filters or video effects, choose from a wide range of background music, then upload them — as long as they’re no longer than a minute.

Both apps are driven by algorithms. Open them and you’re immediately presented with random videos, and depending on what you choose to watch, the apps begin to learn your interests to recommend similar videos. They’re not based on social networks, but users can link to their social accounts and follow other users. 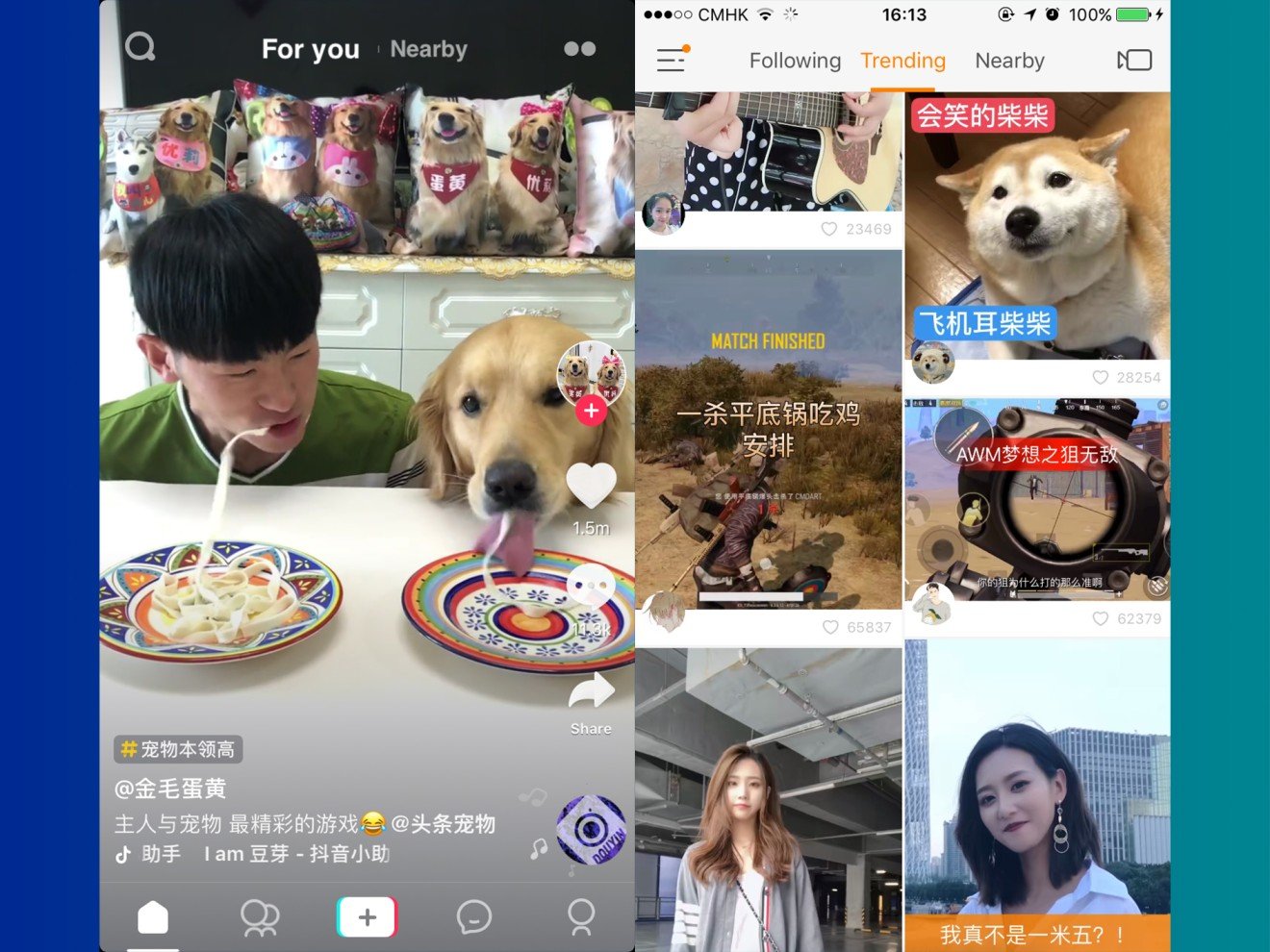 Musical.ly has a solid US user base (mostly teenagers) and the now-dead Vine had its day, but neither could compare to the level of popularity short video apps have among Chinese users. A report by Tencent’s internet research lab Penguin Intelligence says that 22% of Douyin users spend over an hour on the app every day, and 25.8% of Kuaishou users spend 30 to 60 minutes in the app.

It may not seem that long for video services, but when you consider that videos on these apps are normally shorter than 20 seconds, it means people are watching hundreds of clips. Most use the apps after meals and before bedtime, the Tencent report says, mainly to kill time.

Kuaishou and Douyin attract different type of users. Douyin, which offers a range of beautifying tools, has marketed itself as cool, hip and modern, and its user group is slightly better educated.

On the other hand, Kuaishou is known for its popularity among users in lower-tier cities and rural areas, who are sometimes seen producing clips of silly pranks and stunts — such as eating sharp objects or light firecrackers in their pants. The app has continually been dismissed by media and critics as lowbrow and vulgar.

But some also argue that videos on Kuaishou reflect the real lives of people living in the poorer parts of China, and that people are judging it with an elite mindset. Just like Douyin makes it easier for users to produce creative content, people in rural areas love Kuaishou because they are offered an easy tool to present their lives to people across the country and gain followers — something they weren’t able to do before.

As for why people spend so much time watching them? As one tech blogger said, the products are accepted by the public because they offer “addictive, low cost and satisfying entertainment.”