If there is one country where blockchain will succeed, it is China. Nowhere has a larger, more underdeveloped or fragmented amount of data to manage in logistics, supply chains and other areas. There are also the ever-present counterfeit scandals from fine wine to condoms filling social feeds and state media. Even on booming cross-border e-commerce platforms–promoted as the bastion for legitimate products bought directly from the source–fakes are all too common. In fact, 40% of cross-border cosmetics sold during last year’s Singles’ Day turned out to be counterfeits. There is no shortage of reasons why Chinese are the least trusting consumers on the planet.

As a result, hundreds of solutions have surfaced to provide traceability for genuine fare. Unfortunately, few of these have the scale and widespread acceptance to tempt consumers to download the app or engage other tools to legitimize a product. Many of the systems themselves can be faked, with phoney QR codes pointing to bogus websites falsely claiming a product’s authenticity. Blockchain is the first tracking standard that is receiving widespread acceptance from consumers, businesses and government in China. Alibaba and JD are investing large sums into blockchain and President Xi Jinping calls it a “breakthrough” technology. About 41% of Chinese startups who received funding in the first quarter of 2017 were blockchain related. Shanghai, Guangzhou, Shanxi, Henan, Guiyang and Hangzhou all have policies actively encouraging blockchain development, with Hangzhou pledging investments of $1.5 billion (10 billion yuan) in the technology. It was one of the most talked about topics at the World Economic Forum’s 2017 Davos, where it was estimated 10% of global GDP will be stored on blockchain by 2027. 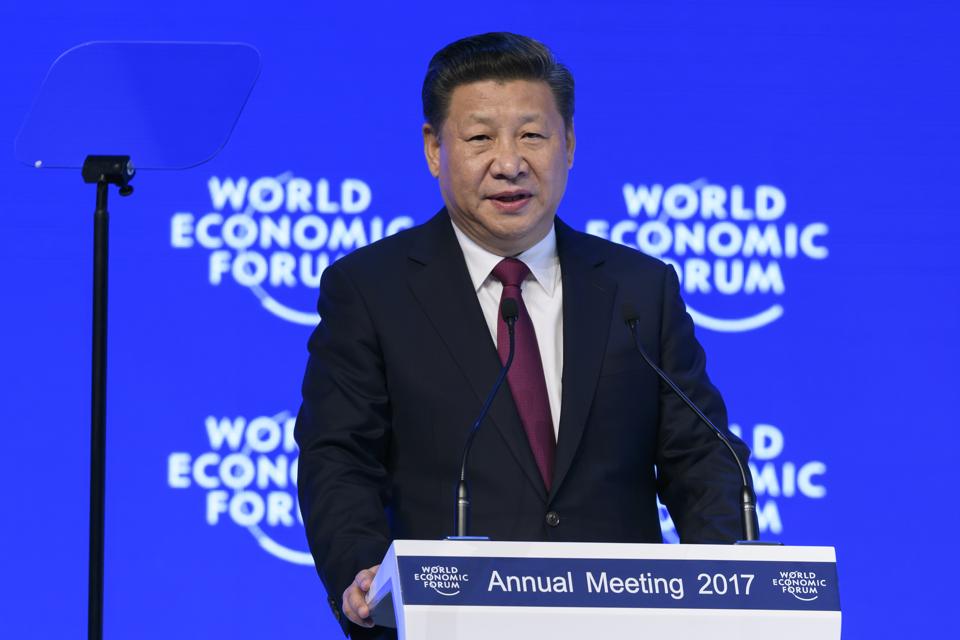 China’s President Xi Jinping delivers a speech during the first day of the World Economic Forum, on Jan. 17, 2017 in Davos. (Fabrice Coffrini/AFP/Getty Images)

It’s still important to remember that blockchain is a nascent technology, and widespread adoption, profitability and expertise is yet to come. Blockchain will not replace the internet; it is a data infrastructure that sits upon it. Nevertheless, like any new technology, there are countless prospectors hoping to cash in, several unanswered questions and many misnomers related to blockchain. Here are four myths about blockchain. 1. You can store anything you want on blockchain, cheaply As blockchain data is held across thousands of servers, storage isn’t cheap. Ziga Drev, founder of blockchain solution provider OriginTrail notes that blockchain wasn’t designed for large amounts of data, but the ultimate aim of the technology requires it to “optimize the way business is done across multiple companies,” such as with supply chains. This does take some data. Fortunately, OriginTrail has overcome the challenge of expensive scalability, storing only “fingerprints” of data on the blockchain itself, which costs cents, or even a fraction of a cent for low cost FMCG (fast moving consumer goods) products, where fingerprinting can be done on a batch level. 2. Using blockchain in the supply chain is just about authenticity assurances Whilst blockchain provides traceability for products that are sensitive to counterfeits and tampering, it also increases efficiencies leading to cost reduction. Currently, 10% of all freight invoices contain inaccurate data, including duplication, wrong freight mode charges and incorrect fees. This leads to disputes, as well as many other process inefficiencies in the logistics industry. By powering leaner, more automated and error-free processes, blockchain can achieve cost savings across the supply chain and provide benefits spanning as wide as healthcare to legal contracts. The transparency, robustness and decentralized nature of blockchain will see it expand far beyond the practices seen today. One example is blockchain startup Wings, a Shanghai-based P2P flight booking service allowing travelers to buy and sell tickets to anyone, anywhere. Wings founder Stephen Yuan praises the blockchain backbone “allowing the platform to verify every ticket transaction at every point of sale, millions of times a day.” 3. I’ve heard all about blockchain but I’m not aware of any real-world success stories China’s most innovative companies have been quick to jump on the blockchain wagon. There is no shortage of examples of implementation–such as the more than 400 brands and 11,000 SKUs on JD.com alone who have blockchain tracing–but success stories are harder to find. Fear not, they are coming, such as Cheong-Kwan-Jang red ginseng which implemented blockchain tracing on JD this year and saw sales increase more than 500% year-on-year between March to May, according to an email from a JD representative. Another JD initiative, AI-supported Running Chicken, allows consumers to scan a QR code on the bird’s foot to check raising days, feed, as well as time period for regular checks and disinfection activities, information about the production and testing companies all stored on blockchain. Every batch of the premium chickens has sold out. “We are building long-term trust, beginning with products customers really care about. They’ve never had real visibility into the supply chain before, so this is a big deal,” says Josh Gartner, VP, International Corporate Affairs at JD. “Blockchain traceability will completely change the standard for trust throughout global retail.” 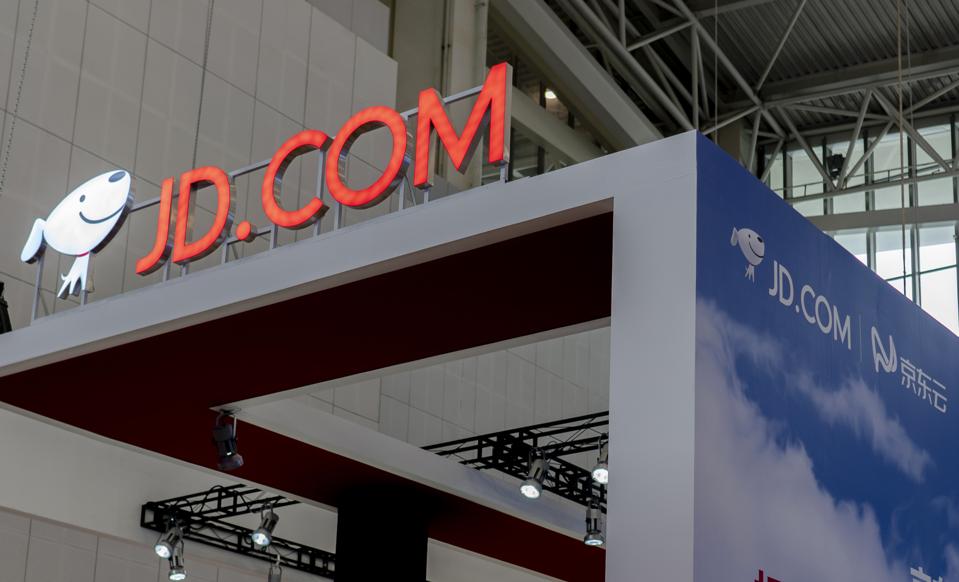 JD.com is one of the biggest e-commerce and logistics company in China. (Photo by Zhang Peng/LightRocket via Getty Images)

Yimishiji, a Shanghai-based online farmers’ market selling organic and local produce incorporated blockchain to enable customers to trace purchases from farm harvest to distribution center to the last mile delivery. “As an added benefit, by connecting the data points, blockchain also showed its potential to efficiently uncover any data discrepancy,” says Matilda Ho, founder and CEO. Yimishiji and blockchain partner OriginTrail went on to win an innovation award from the Walmart Food Safety Collaboration Center in China for the initiative. 4. My businesses and my suppliers need to replace our IT systems to integrate blockchain We’ve heard from businesses concerned about the upheaval and expense involved replacing existing infrastructure to implement blockchain. Fortunately, as long as key touchpoints are already digitalized, blockchain is ERP-agnostic and can plug and play into existing systems. There are a host of businesses offering solutions such as OriginTrail (mentioned above) and Decent. Blockchain has many benefits selling in China, but beyond the hype, companies considering blockchain should evaluate if there will be legitimate benefits from cost reductions and efficiencies, and/or if their brand or product will fulfil a consumer need by assuring them of the authenticity of their products. Regardless of whether it is currently the right fit for your business, blockchain is something you’ll be hearing a lot more about.   Source: Fobes
Share Post: